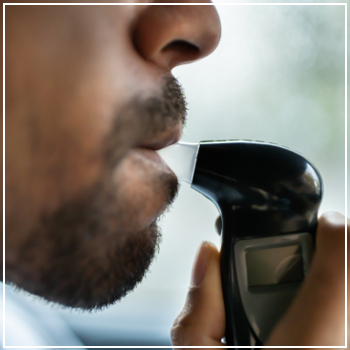 Over the past 15 years, states have adopted the use of ignition interlock devices (IIDs) to monitor drivers with a DUI or suspended license. IIDs, which function much like a breathalyzer, are directly connected to a car’s ignition system.

Before the vehicle can start, the driver first has to blow into a mouthpiece to measure his or her blood alcohol concentration. If the driver’s BAC is below the legal limit, the car can be started. If it’s over, the ignition interlock device prevents the vehicle from starting until the driver is able to provide a legal BAC.

Certain devices also require rolling tests. In these instances, the driver needs to blow into the mouthpiece after the car starts to ensure another passenger did not provide the initial sample. The IID won’t cause the car to stop immediately, rather the event is recorded and the IID warns you to turn off the vehicle. This information is then sent to the DMV.

All States Now Have IID Laws

As of 2020, all states require IIDs for drunk driving offenses. The first state to implement this law was New Mexico in 2005. At the time, the state required all convicted drunk drivers to install an IID and, between 2006 and 2017, the number of drunk driving incidents declined. Specifically, ignition interlock devices stopped over 70,000 instances of drunk drivers attempting to get on the road.

Due to these results, other states started to adopt similar measures. On a low level, states may only require IIDs if a driver has multiple DUI offenses. Other states, like Connecticut, are considered all-offender states, where even first-time offenders have to install an IID.

Statistics have shown that all-offender states have experienced a greater decrease in drunk driving offenses and related fatalities. Currently, 34 states and the District of Columbia have all-offender laws.

In Connecticut specifically, a DUI is not the only offense to require IID implementation. Rather, the state requires this device to reinstate a license if you:

Statistics Back Up IID Use

The Centers for Disease Control and Prevention (CDC) reported that installing IIDs reduces DUI offenses by 70 percent. However, the CDC points out that the biggest hurdle is ensuring drivers with a DUI offense install an IID and continue to maintain it.

Mothers Against Drunk Driving (MADD) came across similar findings. Their own study found that IIDs reduce repeat DUI offenses by 67 percent, drunk driving fatalities by 15 percent and are the most consistent method for keeping impaired motorists off the road.

Required for a Hardship License

Certain states grant individuals with a DUI offense a hardship or restricted license, which allows the motorist limited driving privileges. Although the license is still suspended, the hardship license allows travel to and from work or school. To obtain this status, states require the installation of an IID before offering these privileges.

Massachusetts is one example of a state implementing stricter drunk driving penalties. The state passed Melanie’s Law in 2005, which increased the penalties for operating a motor vehicle under the influence. The law set an IID program in place, which requires individuals with multiple offenses to install an IID for a period of time and created new terms for suspending or revoking a license.

In other states, the IID is a key part of getting your license reinstated. In Connecticut, once a driver with a DUI offense completes the suspension and meets all restoration requirements, his or her license can be reinstated as long as an IID is installed. The driver then receives a restoration notice, needs to have a valid driver’s license, and will have to keep the IID installed for a certain number of months.

Extra Insights About the Driver

One of the most essential factors behind IID adoption, the devices record key information about the driver. For instance, the number of starting attempts can help determine how well a driver is trying to stay sober before hitting the road. In the case of rolling devices, if the driver’s BAC is above the legal limit, GPS technology determines their location. Having a camera installed also ensures the driver is the one blowing into the mouthpiece.

However, this data is not always immediate. The user needs to take their vehicle in for IID maintenance every 30 to 90 days. At this point, the device is calibrated and all stored data gets sent to the DMV or similar entity. During these appointments, a technician will look for signs of tampering or altering data. These monthly reports can help determine how soon a driver can get his or her license back.

Drivers who do not follow the IID maintenance schedule will have their device’s privileges terminated for non-compliance, and their license suspension will be reinstated.

Do you need an ignition interlock device installed in your vehicle? After completing all the DMV paperwork, contact DaSilva’s Auto Body to schedule an appointment.