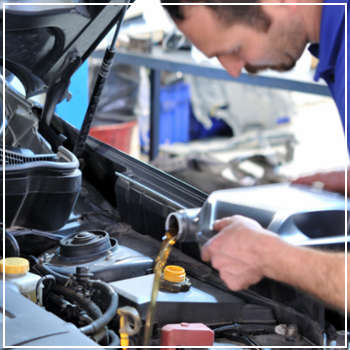 Your car is performing strangely, so you bring it in for auto body service. At the appointment, you find out the transmission has been damaged. You may think to yourself, “what does that mean?”

Your car’s transmission system is crucial to its movement. The transmission is made up of multiple parts that work together and, as such, there’s potential for more than one element to develop issues. Unfortunately, damage is not always immediately apparent and may take a while to surface.

What signs indicate that your transmission is damaged?

When you press down hard on the gas, does the car switch gears slowly or not at all? The inability to accelerate poses an issue whenever you’re getting on a highway, going uphill or traveling through an intersection.

Does your car not shift as well as it used to? Or you hear a loud, clunking noise when you change gears? Often the result of an accident, some of your car’s internal parts may have been pushed or knocked out of place. In turn, the transmission system may be stuck in one gear or shift to an incorrect gear. If this problem goes unchecked, it eventually produces debris that finds its way into and contaminates the coolant system. The shifting issue may also stem from a broken gear, which changes the drive axle’s rotation.

A strong impact may cause your transmission system to develop cracks, through which fluid leaks out. In other cases, a seal may be broken. As soon as you notice the fluid pooling, get your car checked out before its performance is affected.

On the other hand, leaks don’t have to form for your transmission system to have a fluid issue. Rather, extremely low levels impact transmission operation, leading to poor system performance or failure.

The torque converter may also play a role. A faulty part or jammed clutch may prevent the fluid from being pressurized and pushed through the system, affecting how it functions. If it’s specifically related to the clutch, you might feel noticeable shaking from beneath the vehicle, the presence of high heat, or find your engine doesn’t seem to have as much power.

As a third issue, a damaged solenoid may change how the fluid flows through your system, resulting in inadequate fluid levels. Solenoids play an integral role in setting the engine in motion. Generally, this issue may be accompanied by slipping or electrical problems.

When your car’s transmission system doesn’t seem to be responding, it could go back to broken bands, which influence how the gear sets engage and operate. In the most extreme instances, your transmission may not operate at all.

Several of these issues can be traced back to a rear-end collision or towing that caused the engine to overheat, but many develop from normal wear and tear. In any case, be sure to bring your car into DaSilva’s Auto Body to have our technicians diagnose your vehicle and repair all issues. To begin, contact us today to set up an appointment.