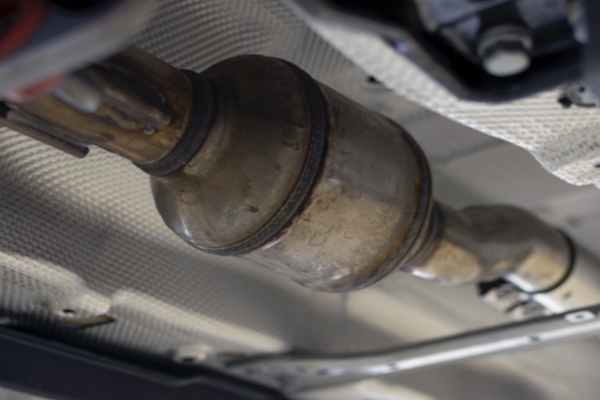 Catalytic converters are a key component of your car’s exhaust system, preventing carbon monoxide from escaping the tail pipe into the air. Although a catalytic converter is designed to last the life of your car, damage and wear can contribute to failure, requiring repairs or a complete replacement.

In response to U.S. Environmental Protection Agency emissions regulations, cars from 1975 onward were the first to have catalytic converters to help control air pollution; older cars won’t have this feature. Today, a car with a missing or malfunctioning catalytic converter won’t pass a state emissions test and a driver is expected to have the system repaired in order to have a compliant vehicle.

To filter emissions, the catalytic converter features a honeycomb-shaped internal structure manufactured with catalyst particles, including palladium, platinum and rhodium. These particles heat hydrocarbons at high temperatures to break them down, burn toxic byproducts and remove harmful emissions before they pass through the rest of the car’s exhaust system and enter the atmosphere. After this process, water, oxygen and carbon dioxide pass through the muffler.

Along with filtering out hydrocarbons, the catalytic converter helps to reduce noise from the car’s exhaust system. As a key sign the part needs repairs, the exhaust system will make a loud, rumbling noise any time the car is turned on.

Signs of a Catalytic Converter Issue

Ignoring a damaged or noisy catalytic converter restricts a car’s exhaust flow, which can affect how the engine performs and may ultimately result in its failure.

As this occurs, the catalytic converter – designed to reach temperatures of 800 degrees Fahrenheit – can overheat. Too-high temperatures can begin to melt or damage the internal honeycomb and prevent it from filtering out all harmful emissions.

As another possibility, damaged gaskets, seals and piston rings can cause oil or antifreeze to enter the exhaust system, where it eventually passes through the catalytic converter. Here, the substance ends up coating and clogging the part with carbon deposits.

As a result, exhaust cannot pass through the catalytic converter and, with pressure building up, may cause the engine to overheat or even start a fire. A catalytic converter may also be physically damaged by a pothole or debris on the road, causing its outer shell, support parts and internal honeycomb structure to crack. All factors impact how well the part filters exhaust.

In all situations, your catalytic converter may be experiencing issues if:

If your catalytic converter shows any of the above signs and a diagnostic appointment indicates subpar performance, the following repairs may be made:

If your car recently failed the emissions test, its fuel economy has dropped or you notice a loud noise from the exhaust system, bring it in for an assessment. To make an appointment, contact our Naugatuck shop today.

Schedule an Appointment
Your automobile is our focus, customer satisfaction is our mission.
© Copyright 2022 DaSilva's Auto Body | All Rights Reserved | Servicing CT | Privacy Policy
Digital Marketing by Imagine It Consulting