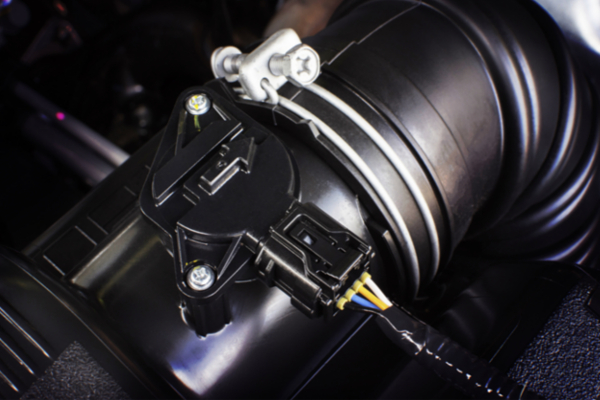 The air intake system plays an essential role within your car’s engine, gathering air to direct to the cylinders. Specifically, the air intake system monitors and regulates the flow of filtered, particle-free air at the ideal temperature to the engine, where it mixes with fuel.

The exhaust system then diverts any harmful gas away from the engine and out of the vehicle. Damage to the air intake system may create hazardous driving conditions.

How the Air Intake System Works

A cold-air intake tube brings in air from outside the engine bay, which then goes through the “air box” and engine filter, designed to catch contaminants that could clog or place a greater wear on the engine.

On average, these air filters should be replaced once or twice a year. If you regularly travel on dirt or gravel roads, you may need to change them more frequently.

The rest of your air intake system consists of the following functions:

As the most common issue with your air intake system, dirt and other debris accumulate on the valves and ports, as well as your engine’s fuel injectors and combustion chambers. Over time, the buildup impacts its performance, affecting how much power it receives and may result in random stops, misfires, pinging and knocking.

To address these issues and prevent leaks, the technicians at DaSilva’s Auto Body may:

The check engine light is the often first indication something is wrong with the air intake system. Let us diagnose the issue and perform any necessary repairs. Make an appointment today!