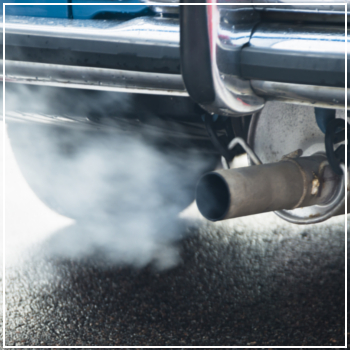 Every two years, Connecticut requires a vehicle emissions test for all drivers. While it might come as a surprise if your vehicle’s system does not pass, you may have noticed certain signs that could indicate a problem with the emission system.

How Does the Emissions System Work?

Emissions systems are designed to limit toxic substances released into the environment. At the same time, its operation plays a role in fuel conservation and how well the engine runs.

The emissions system consists of parts like the fuel tank, carburetor, exhaust and crankcase. Most vehicles on the road today are further equipped with an evaporative emission control (EVAP) system, which helps contain and burn harmful gases before they’re released into the air. Along with standard parts, the EVAP includes:

Controlling emissions not only helps the environment but improves public health. Ignoring the harmful gases released from cars can increase rates of asthma and carbon monoxide poisoning in communities.

Signs of an Emissions Problem

Your car may be experiencing an emissions issue if you notice any of the following signs.

Although the check engine light is not the most descriptive factor, its illumination can indicate an issue with emissions. The check engine light can point to anything from a malfunctioning sensor to a leak somewhere along the system, causing the release of harmful gases.

The emissions system prevents your car from constantly releasing gas vapors. Decreased miles per gallon or going through gas at a faster rate can indicate a leak somewhere along the system – for instance, the carburetor, muffler, exhaust manifold or fuel tank.

Generally, your car may be experiencing an emissions issue if you notice a pungent smell coming from the exhaust. Another sign of a fuel leak, this scent may carry over when you’re not running the car.

Due to the flammability of gas fumes, it’s recommended you have the car towed to an auto body shop once you notice this sign. However, should the car be stored inside your garage, opening the door could cause a dangerous reaction. Instead contact emergency assistance and report the issue.

The EVAP control canister has potential to collapse if it uses a solid cap, particularly if it becomes clogged or damaged. This factor can cause the system to leak and alter your system’s performance.

Did your car recently fail an emissions test? If you’re noticing any of the above signs, schedule an inspection with DaSilva’s Auto Body to have the emissions system inspected and repaired. To schedule an appointment, contact our Naugatuck shop today.