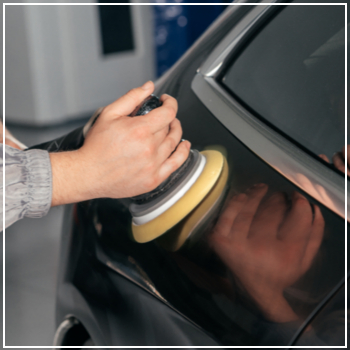 When you spot a patch of rust on your car, it might seem to have appeared with no clear source or reason for its occurrence. Unfortunately, all it takes is moisture and exposed metal to start the oxidation process, which then manifests as rust.

In a less visible area of your car – for instance, the undercarriage or below the paint – this pattern goes unnoticed, until it progresses to a more prominent portion, like a body panel, or results in deterioration that affects your car’s performance.

To prevent your car from reaching this point, it’s a good idea to know the less obvious signs of rust ahead of time and respond accordingly.

Bubbles In the Paint

Moisture and debris are often behind bubbles in a car’s paint job. These are likely to occur from a DIY project or slapdash professional job.

Especially if you see clusters or bubbles scattered across the surface, not only has moisture entered the paint but an adherence issue may have developed. Rust has likely started to form in its early stages and the metal is likely oxidizing below the paint.

If you spot puddles of moisture inside your vehicle in the cabin or trunk, the metal directly below the carpet is likely experiencing rust that you cannot see. Allowing moisture to accumulate in these areas, where it passes through the carpet and may even pool underneath, accelerates this process.

At the same time, the reverse could be happening. Rust has eaten away at the metal underneath or a damaged seal has allowed moisture to gather, inviting corrosion. Either way, the presence of water in your vehicle indicates the metal beneath has started to deteriorate.

This issue often pertains to a car you are considering or have recently purchased. While mismatched panels can indicate a partially done DIY paint job, they may be covering up a rust problem, particularly if you notice a color difference around the door or wheel wells. A flaking, bubbling texture in the discolored areas is another clear sign rust has progressed further underneath the paint.

Debris and Moisture in the Engine

Especially in fall, this scenario has a higher likelihood of occurring. You pop the hood and notice leaves, dirt and other debris have started to gather. Leaves in particular can trap moisture and, as this area doesn’t have a clear coat, corrosion may begin quickly.

After some time, you might spot surface rust in these areas. If it goes unchecked, it can spread to other engine components. Ignoring the issue may eventually affect your engine’s performance and require a significant number of repairs.

If you spot any of these signs or visible corrosion, turn to DaSilva’s Auto Body for efficient rust repair and rustproofing. With winter here, your car may experience rusting along the undercarriage and wheel wells due to salt on the roads. To learn more or schedule an appointment, contact us today.